We, the Latin Americans

“…A prominent French geologist who while studying North America argued, as did other 19th-century writers, that the name America was brought back to Europe from the New World; and that Vespucci had changed his name to reflect the name of his discovery.

Specifically, Marcou introduced the name of an Indian tribe and of a district in Nicaragua called Amerrique, and asserted that this district — rich in gold — had been visited by both Columbus and Vespucci, who then made this name known in Europe (see Marcou’s map). For both explorers the words Amerrique and gold became synonymous.

America – Amerigo Vespucci – “…He worked as the ship’s navigator on his first voyage to the newly discovered New World. His first expedition reached the mouth of the Amazon River in what is now known as Brazil in South America. ..

And if it were for Cristobal Colon, o Christopher Columbus,  he came first to the Bahamas, in Central America, and he called América the new world, so if people dont like to call Latin Americans, Americans, at least let us be Latin Americans, no Hispanic, no Latino, no Latinx.

America is a continent, not a country! We, from central, south and North America, Spanish and Portuguese speakers are LATIN AMERICANS. 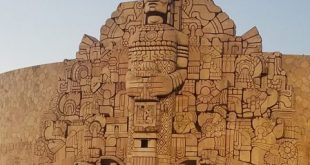