An analysis made by the Pew Hispanic Center, based on the Census, says that 52 % of these children are second generation — born in the United States with at least one parent who immigrated from a Latin American country.

11% of the Hispanic children are first generation — born in a Latin American country, and then migrating to the United States. 37% of them are third generation, or children of parents that were born in the United States, but managing to maintain their Hispanic heritage. 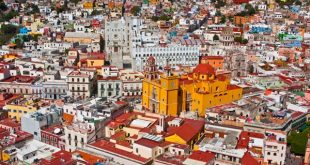 To receive our new best articles, campaigns and content that informs and transforms to make a better world for all.